Piñon Colorado: A cure for all diseases

This year, the summer in Peru turned out to be too hot and dry, due to which many plants died before completing their vegetative cycle. A bush, known in Spanish as Piñon Colorado, at the reception of our ecolodge was no exception. For several years, it not only delighted the eyes of our guests and employees, but also gave its leaves, which we used to prepare fragrant douches, steam wraps and medicinal infusions for diets. Our disappointment knew no bounds. But now, with the arrival of the rainy season, in the place where this Plant-Teacher had previously grown, Piñon seedlings began to appear. 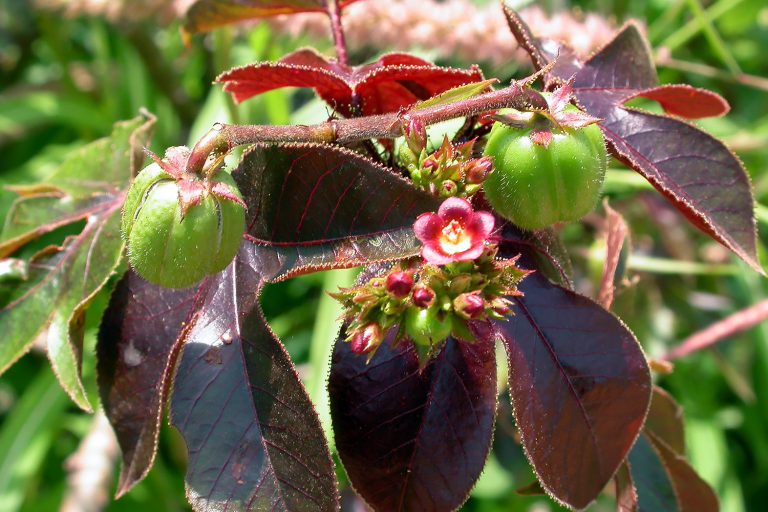 Piñon Colorado, or Jatropha gossypiifolia, commonly known as bellyache bush, black physicnut or cotton-leaf physicnut, is a species of flowering plant in the spurge family, Euphorbiaceae from 0.7 to 4 m high. The leaves at the base are heart-shaped, 3-/5-lobed, pubescent or raised, lobes – sharp, entirely glandular toothed; inflorescence – in brushes, flowers – on short petioles, sepals reach a length of 5-7 mm; petals – purple-red obovate; the fruits are covered with capsules 1 cm thick, inside there are brown seeds. 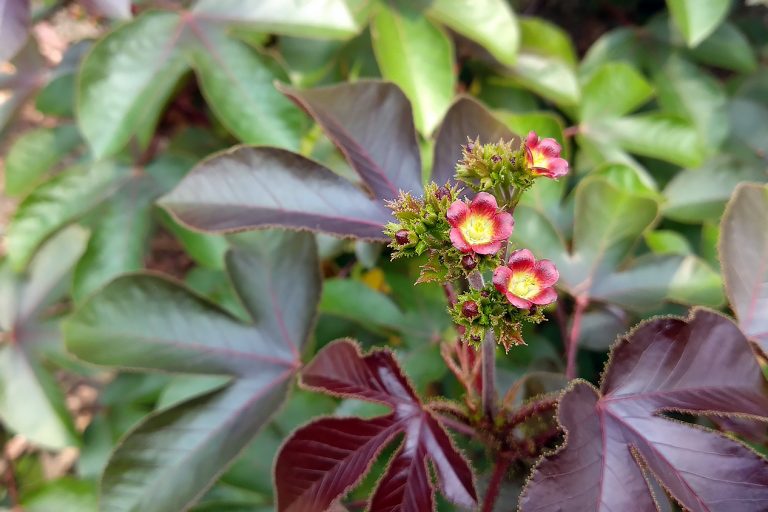 Piñon Colorado grows not only in South America, but also in Mexico and Puerto Rico, the Caribbean Islands and India (in the state of Gujarat). This plant has taken root even on the Australian continent (in the state of Queensland). It has many different variants of the name in different languages: tua-tua in Spanish, mamoninha in Brazilian Portuguese, sibidigua in Hindi, etc. There are many substances in Jatropha gossypiifolia: plant alkaloid – atropine, curcin (trunk), plant lipid – sitosterol (bark), unsaturated ketone – jatrophone (root), as well as glycoproteins, lectin proteins, polyunsaturated esters. The seeds of the plant contain palmitic, linoleic and oleic acids, and the leaves contain apigenin, isovitexin, lignan, etc. 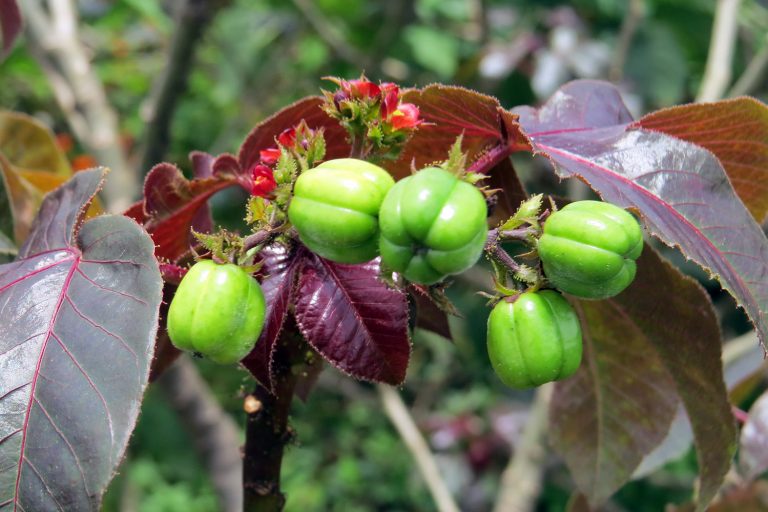 Because of this, Piñon Colorado has a huge range of healing properties: it is no coincidence that in Mexico it is also called Curatodo (from Spanish cura todo – literally «heals everything»). Almost all parts of this plant are used as raw materials for the preparation of medicines. For example, the resin released after tearing off a leaf or when the trunk is cut has healing, anti-inflammatory and antiseptic properties. Leaves and seeds are used as an emetic and laxative, as well as for the treatment of gastrointestinal diseases (including gastritis) and even neoplasms. The plant is a part of many medicinal decoctions – both as the main active agent and as an auxiliary. 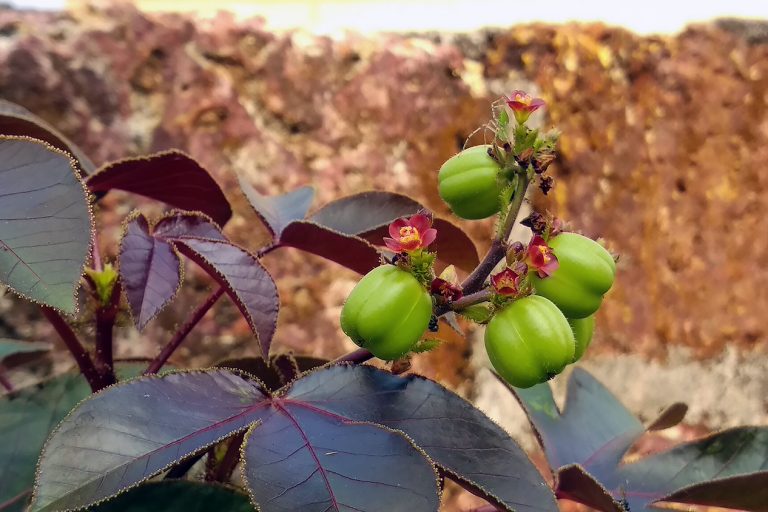 The mystical properties of bellyache bush are not inferior to the medicinal ones. This plant is used to cleanse negative energy from both the human body and premises, in exorcism ceremonies, as well as to protect against magical influences and to remove damage and the evil eye. Under certain conditions, Piñon Colorado is able to indicate who has made a negative impact. 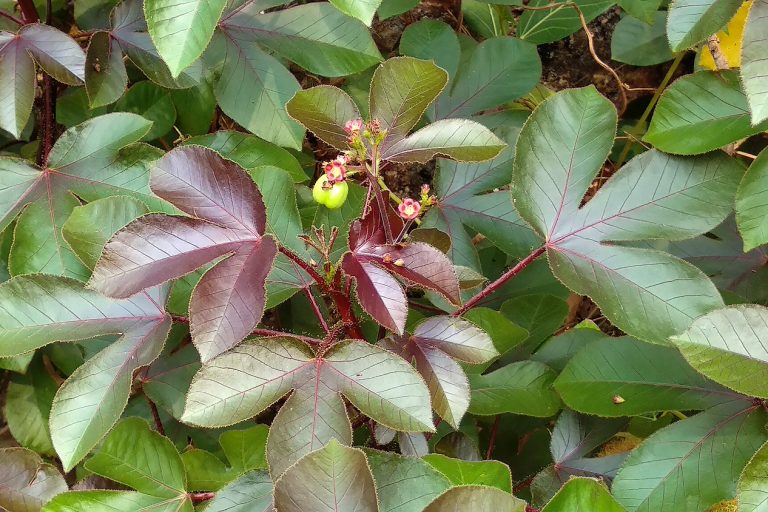 Jatropha gossypifolia is one of the Plants-Teachers (Spanish Plantas Maestras) and is a must for those who have embarked on the path of comprehending traditional Amazonian medicine. Piñon Colorado contains knowledge of all levels: both healing shamanic practices and brujeria (South American black magic), without knowledge of which a competent curandero (healer) will not be able to repel possible energy attacks and help his patient.

The ecolodge «UNI RAO» has its own garden with medicinal plants, which we willingly show to guests and use in our health and educational programs. Come and feel the power of the ancient knowledge of the Peruvian selva!