On July 28, the Republic of Peru celebrated the 200th anniversary of its independence. This significant day for all Peruvians coincided with the official inauguration of the country’s newly elected President, Jose Pedro Castillo Terrones (formerly a school teacher and trade union activist who gained fame in 2017 as the leader of a nationwide teachers’ strike). The international team of the Ecolodge UNI RAO congratulated our guests on this wonderful event. 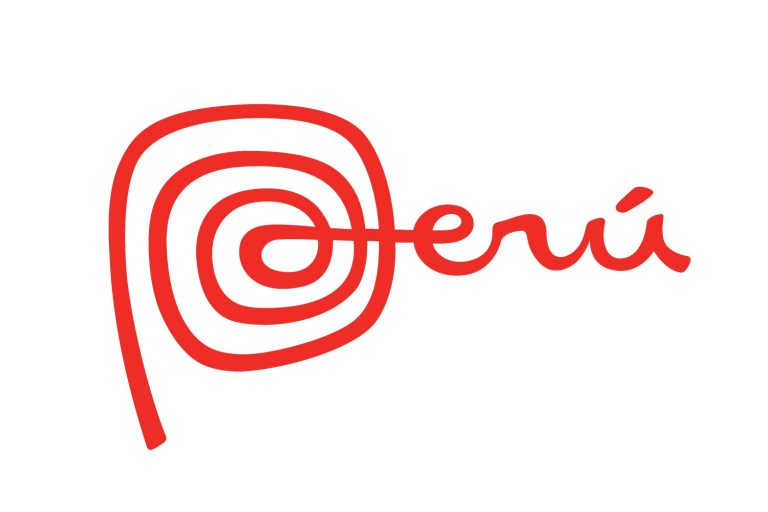 The proclamation of independence is one of the most important events in the history of not only Peru, but the whole of South America. For until the country was liberated from Spanish domination, the entire continent could not be completely confident in its freedom. The process of liberation from the Spanish colonialists began with the first uprisings of the indigenous peoples of South America, mestizos and Creoles and took a long time, but as a result, the Peruvians became a free and independent nation. 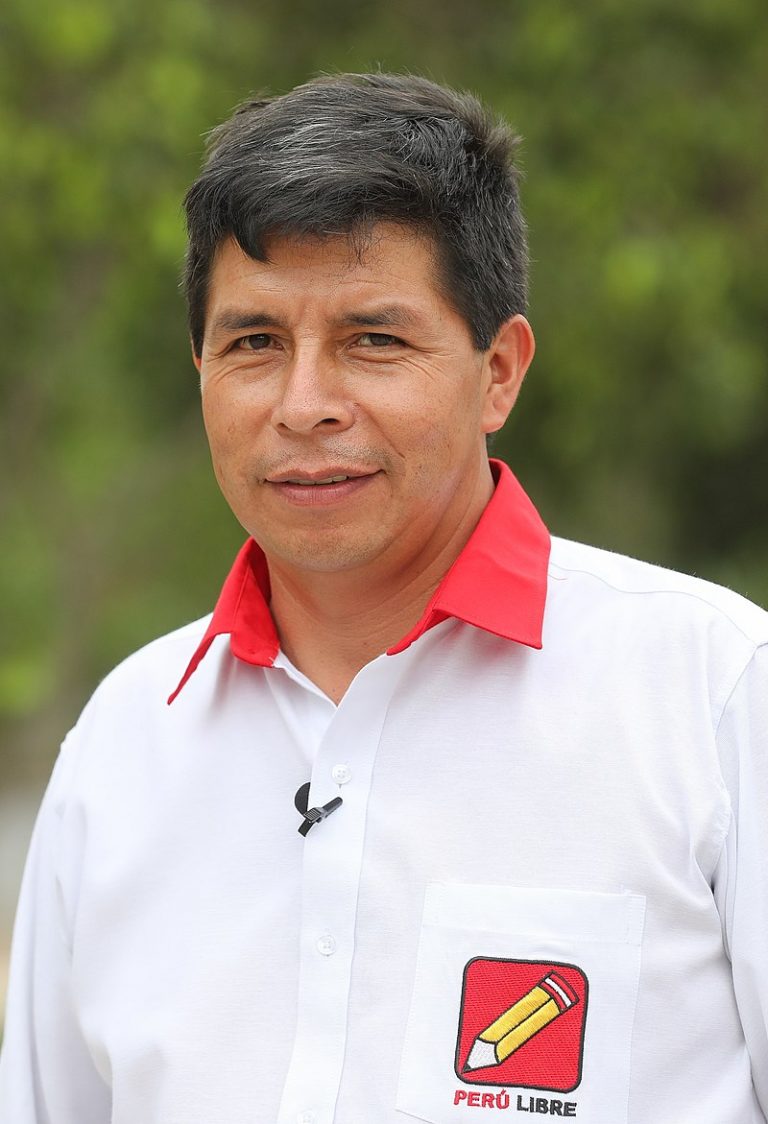 Back in 1542, King Carlos I of Spain established the Viceroyalty of Peru (Spanish El Virreinato del Perú), a territorial unit that was part of the Spanish colonial empire. The local viceroy was the main ruler and personal representative of the Spanish king. He was responsible for the administration of justice, the administration of the treasury, the baptism of Indians, the defense of the coasts from pirates, and internal security. During the existence of the Viceroyalty of Peru, it was ruled by 40 Viceroys.

During the era of the Napoleonic wars on the European continent, in 1808, French troops invaded Spain and placed it under the control of their emperor, which was followed by a blockade of the country from the sea by the British fleet. This event served as the impetus for the large-scale War of Independence of the Spanish colonies in America (1808-1826), which eventually led to the formation of modern states such as Mexico, Venezuela, Peru, Chile, Bolivia, Argentina, etc. The War of Independence of the United States, the Great French Revolution, the uprising of slaves in San Domingo (1791-1803) also contributed to the beginning of this war. 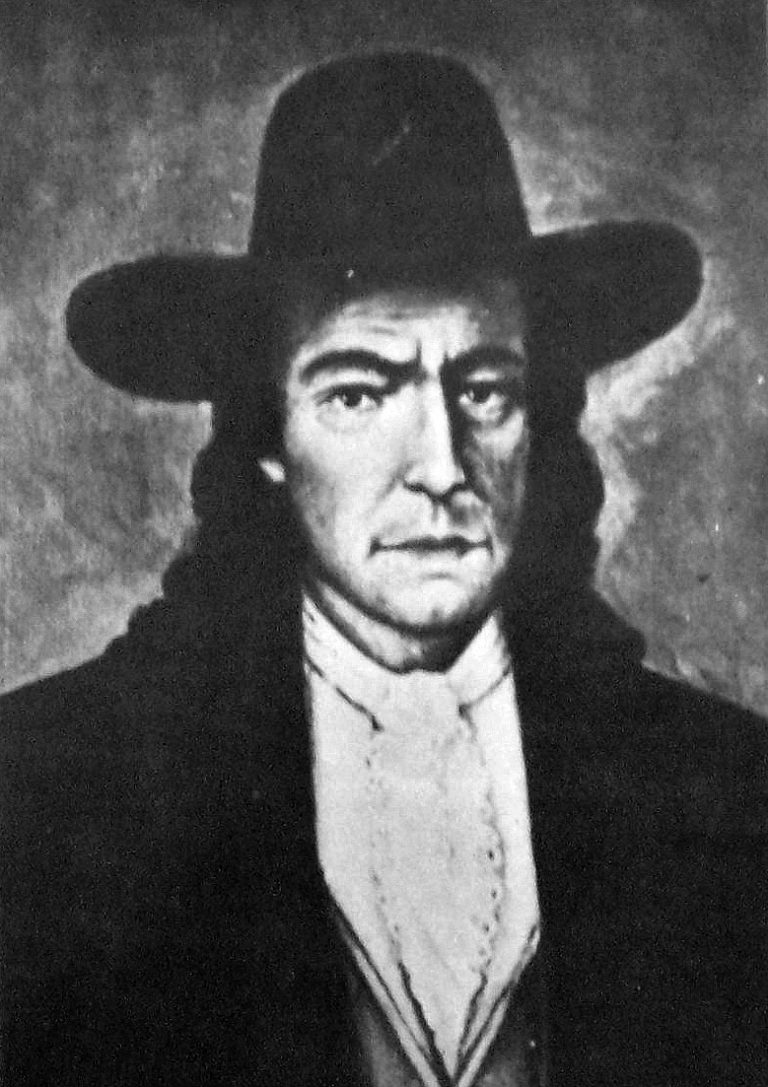 Tupac Amaru II, real name – Jose Gabriel Condorkanchi Noguera (1738-1781) – leader of the uprising of indigenous peoples against the Spanish colonial authorities in Peru. The name was taken in honor of the last ruler of the Inca Empire, Tupac Amaru. Although the uprising was unsuccessful, Tupac Amaru II became a symbol of the liberation of Peru from Spanish rule.

Many peoples in the Spanish colonies in South America have long been dissatisfied with the policy of the metropolis: wide prohibitions, discrimination, high taxes and prices for Spanish goods (Spain forbade its colonies to trade with other countries, for example, with Great Britain). The elite of the colonies were officials, generals and officers sent from Spain, who disdained the Creoles – the descendants of earlier settlers. The latter were not allowed to the highest administrative positions, so it was the officers from the Creole nobles who stood at the head of the liberation movement. But the most radical forces were the peasants and artisans from the Indians and mestizos, who wanted to free themselves from the dominance of large landowners, as well as slaves from Africa who hoped to get freedom. 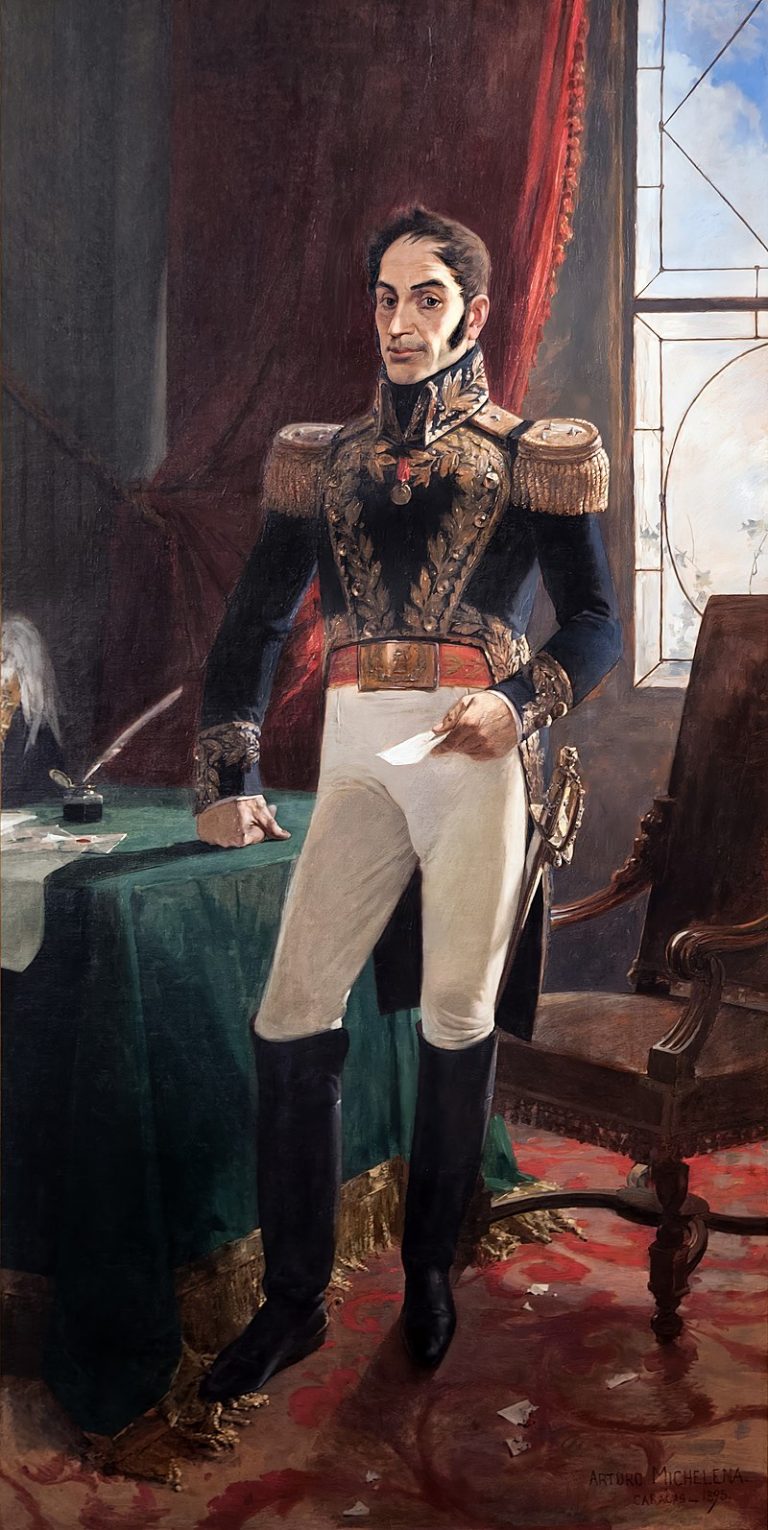 Meanwhile, in Peru, the wealthy landowners and the owners of industrial enterprises and mines were royalists, that is, they supported the side of Spain. They feared Indian uprisings, such as the revolt of the Inca leader Tupac Amaru II in 1780-1781, and did not want trade competition from Chile and Argentina. Therefore, the Peruvian uprisings of 1812-1816 were easily suppressed.

This situation changed with the attack on the Viceroyalty of Peru by the troops of General José San Martín from the south (1820-1823) and General Simon Bolivar from the north (1824). Jose Francisco de San Martin and Matorras (1778-1850) was born in what is now Argentina to a family of wealthy landowners. He was assigned by his parents to a prestigious seminary in Madrid, but dropped out and enlisted in the Spanish army. San Martin fought in North Africa with the Arabs and Berbers, took part in the wars of Spain with France, Great Britain and Portugal. During the occupation of Spain by Napoleon’s army (1808-1812), he led one of the partisan detachments (like in Russian Empire his colleague Denis Davydov). In 1814, San Martin became the commander of the Northern Army of Argentine patriots who fought against Spanish colonization, and subsequently earned the title of Argentina’s national hero. 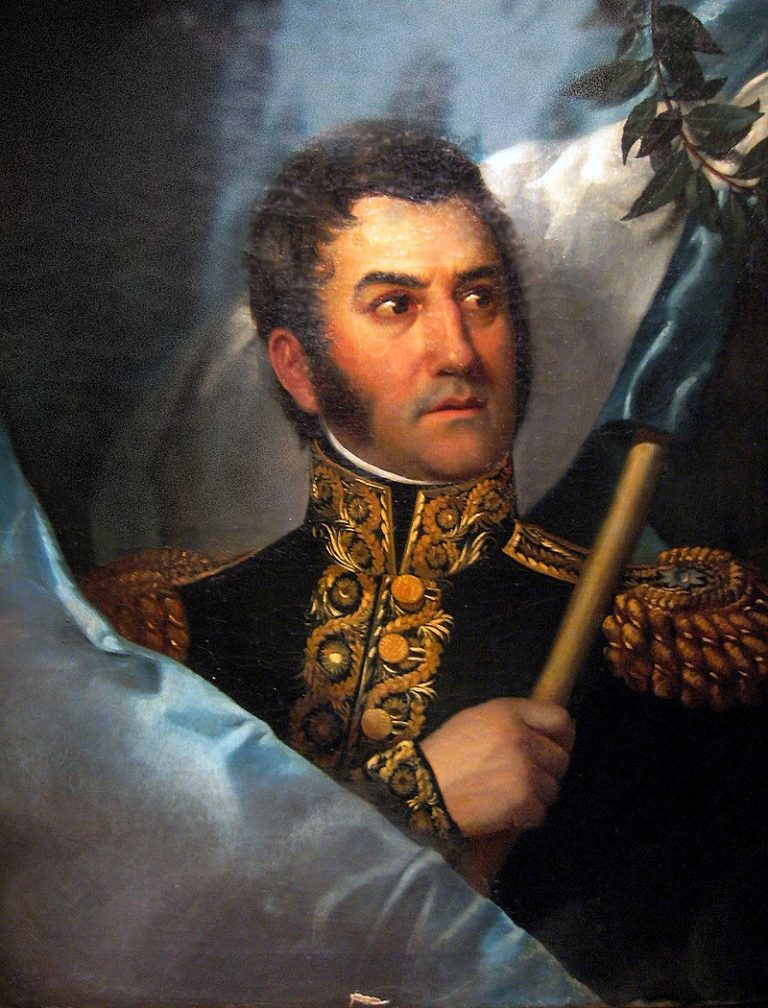 In 1818, Jose San Martin crossed the Andes from Argentina and defeated a small army of royalists, in 1820 he crossed the sea to the south of Peru and landed near the city of Pisco, where he created the flag of an independent country. Then he took Lima, forcing the troops of the Viceroy La Serna to withdraw to Cuzco. On July 15, 1821, the general convened the Council of Nobility at the City Hall, as a result of which Manuel Perez de Tudela (later Minister of International Relations of Peru) developed the Act of Independence. 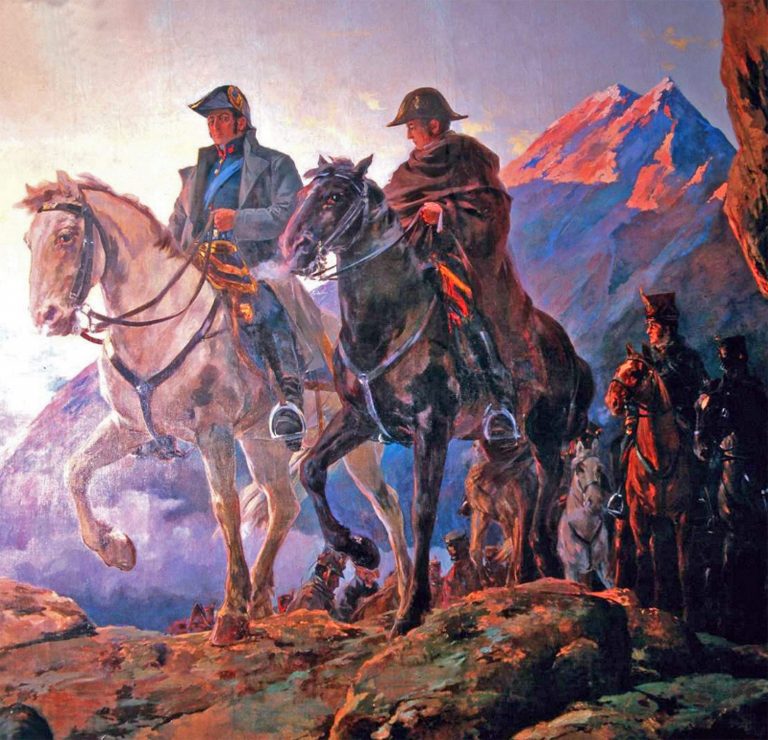 Crossing the Andes in 1817 by the troops of Jose de San Martin and Bernardo O’Higgins (painting by Julio Vila and Prades).

On July 28, at 10 a.m., San Martin left the Palace of the Governors, accompanied by the Mayor of Lima, dignitaries from the National University of San Marcos, as well as the chief prelates of the church and the abbots of the monasteries. The independence ceremony took place in the central square of Lima – Plaza de Armas, where about 16,000 people gathered in it and in the surrounding streets. San Martin showed the people the flag he had created in Pisco and proclaimed: – From this moment Peru is free and independent by the common will of the people … Long live Motherland! Long live Freedom! Long live Independence! There was thunderous applause, the bells of the main cathedral and all the other churches in Lima rang out, and the cannons saluted. The ceremony was repeated in three other locations: in Plazuela de la Merced, opposite the Descalsos Monastery, and in Plaza de la Inquisition (now Plaza Bolivar), opposite the Legislative Palace. 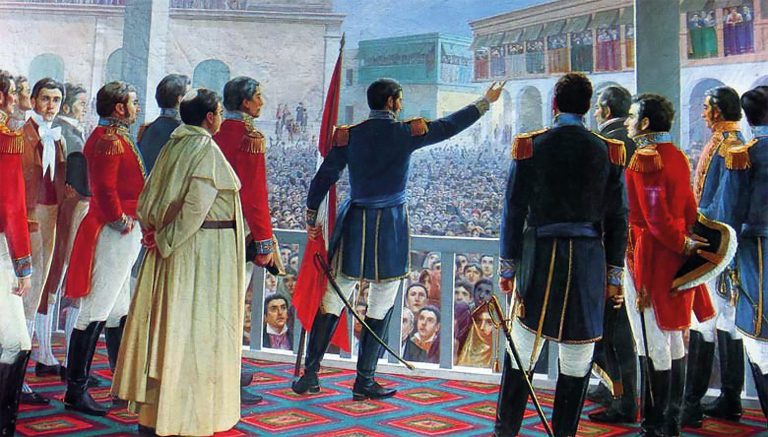 However, hostilities continued, and the royalists were finally defeated at the Battle of Ayacucho with the help of the troops of Simon Bolivar (1783-1830). This general earned the title of national hero of Venezuela, and in 1819-1830 he was the president of Greater Colombia, which united the territories of modern Venezuela, Colombia, Panama and Ecuador. After the final liberation of Peru from Spanish rule in 1824, San Martin headed the first government of the independent country. In 1825, the territory of Upper Peru separated from it and took the name of Simon Bolivar, proclaiming itself the Republic of Bolivia. 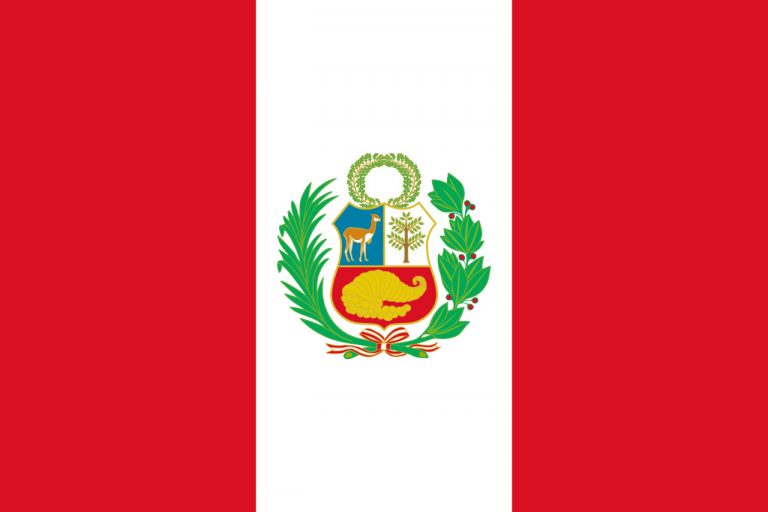 Flag of Peru, created by San Martin in 1820 (modified since then). According to legend, when landing near Pisco, the general saw a lot of flamingos. Taking this as a good sign, he decided that red and white should become the colors of independent Peru.

But back to our days. The celebration of the 200th anniversary of the independence of the Republic of Peru did not pass by the Latin American Department of the Russian Foreign Ministry. Department Director A.V. Shchetkin noted in his official statement: «Russia and Peru are linked by long-standing bonds of friendship and cooperation… Relations between our countries have always been characterized by mutual respect, solidarity and assistance». 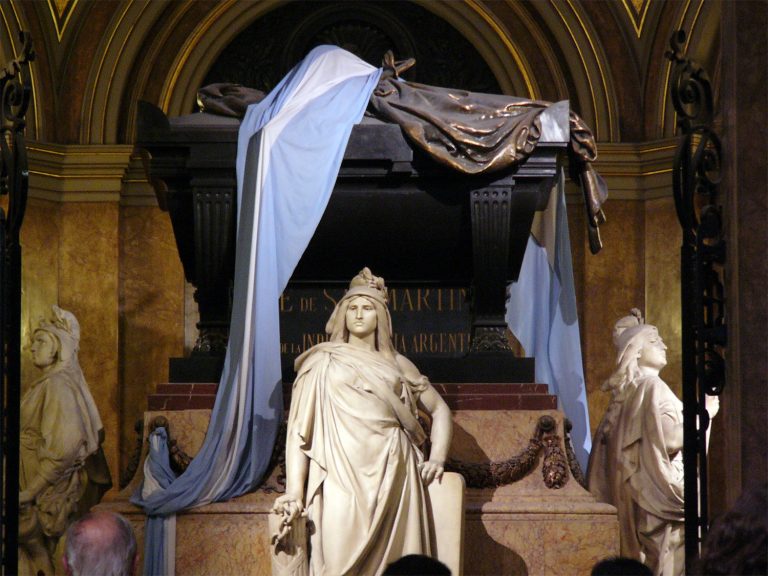 Tomb of San Martin in the Cathedral of Buenos Aires (Argentina).

He also stressed that, as multinational states, Russia and Peru respect the richness and diversity of the cultures of their partners. Since the 1970s, thousands of Peruvians have received higher education in the USSR and then in the Russian Federation. In recent years, there has been a noticeable increase in the number of Russian tourists in Peru. Such objects as the ancient city of Machu Picchu, Lake Titicaca and the figures of the Nazca plateau are familiar to many of Russian citizens, as well as the gastronomic traditions of Peru, noted in many world rankings. The team of the Ecolodge UNI RAO is optimistic about the future of Russian-Peruvian relations and believes in the further development of cultural and tourist ties between these countries.