Despite the fact that our Ecolodge «UNI RAO» temporarily suspended its activity; life goes on there, and we even got a new guest: the staff affectionately calls him “wasa Jabicho”. In this case, Jabicho is a diminutive of Javier, and wasa is the local name of the common squirrel monkey (lat. Saimiri sciureus). In Tupi language, sai means monkey, and miri means small. In different regions you can find many different names for these cute animals, like «titi», «monk monkey», «monkey-squirrel» and others. 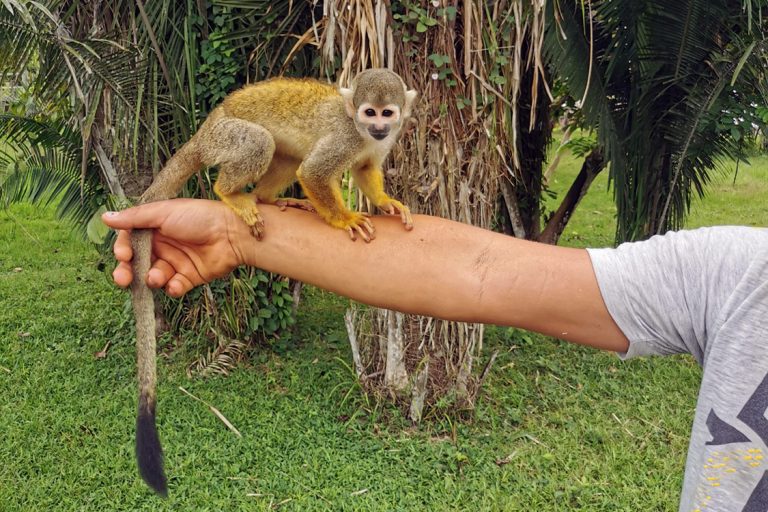 Сommon squirrel monkey can be found in most of the Amazon basin. Monkeys form colonies with an average of 10 to 45 individuals. But there have been cases where the number of members of the group reached 500: it can be argued that Saimiri form the largest groups among primates after humans. This species is very peaceful: often several colonies of saimiri coexist in one area, and in some cases, they even form groups with other monkeys (for example, capuchins). 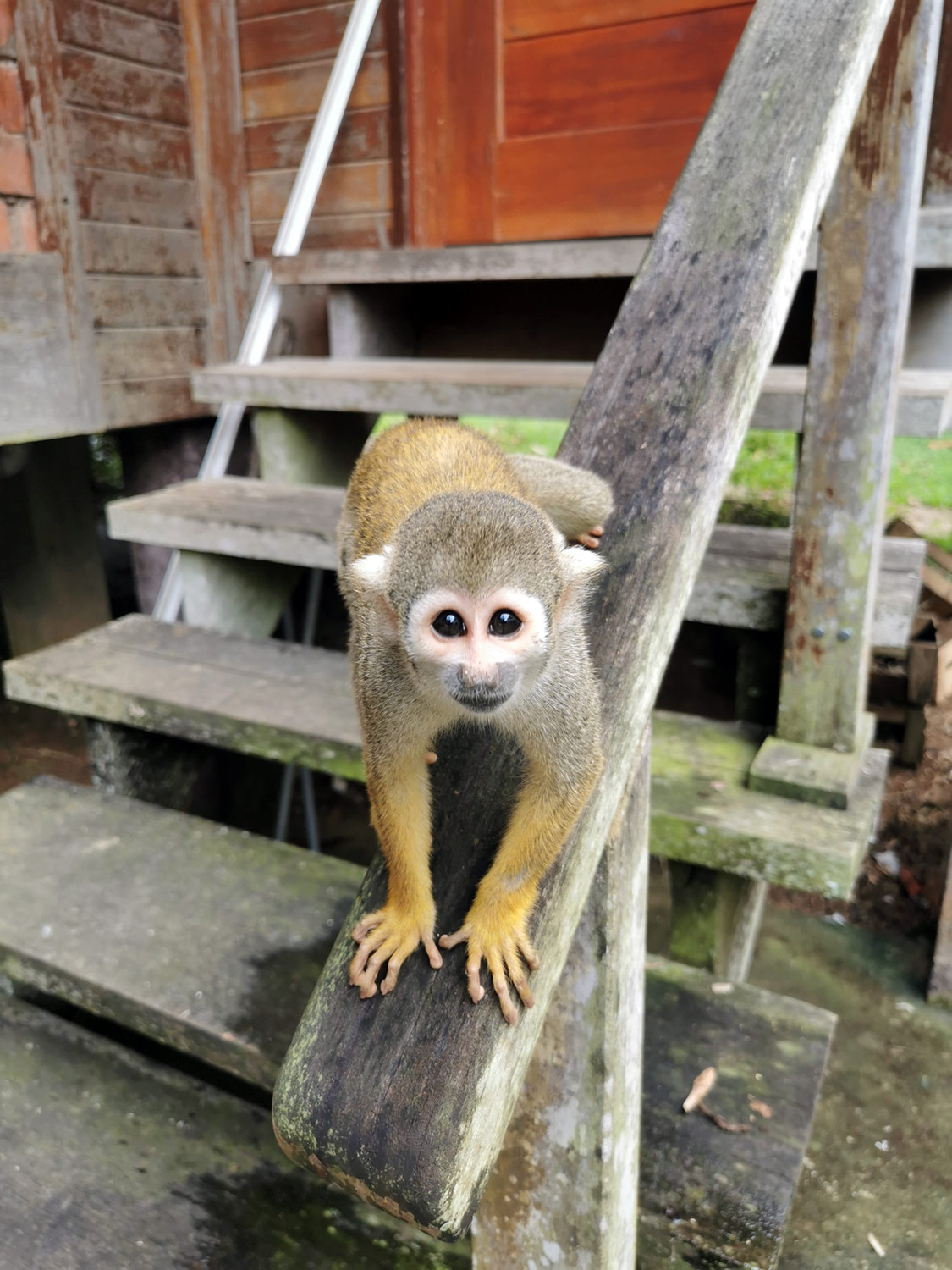 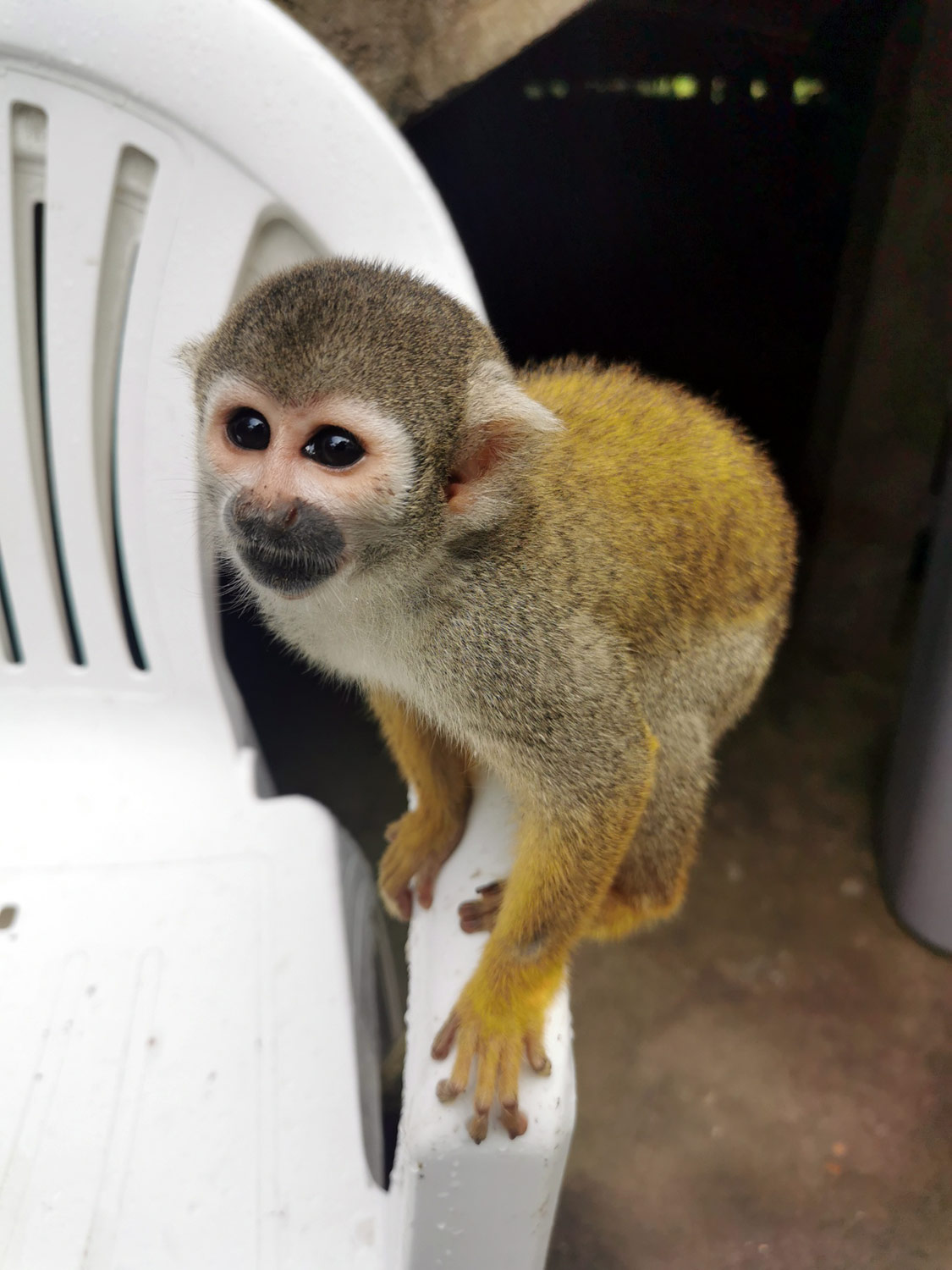 The South American continent is home to 217 primate species. Brazil has the greatest number of them: there are 153 species of monkeys there, which is 20% of the world’s total. Peru is ranked fourth: 52 species of monkeys live here, at least 11 of which are endemic (which means they live only on the territory of the country). It’s no surprise that people in South America encounter monkeys quite often and enjoy communicating with them. 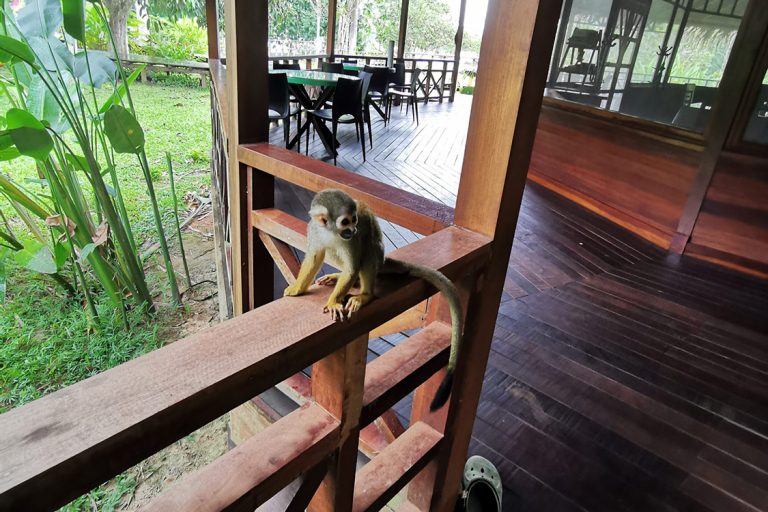 We also became friends with our wasa Jabicho. He is an amazing playful little animal with a very long tail that confidently performs the function of the fifth limb. The baby monkey has settled comfortably in the territory of Ecolodge: he likes to be photographed, jumps on people’s shoulders and even eats from the hands of the staff (there is no problem with food for him, since the fruit are abundant on the trees around).

Our hope is that soon the situation in the tourism industry in Peru will improve, the travelers will return on the shores of Kashibo Kocha Lake, and our Ecolodge «UNI RAO» will open its doors for guests again!