Meeting with a man-eater, or Who are the real cannibals of Peru?

We have always known that Lake Сashiboсocha, on the shore of which our Ecolodge is located, is named after the Cashibo-Cacataibo tribe. This is one of the South American Indigenous peoples, who still preserve cannibal rituals in their culture. By chance, we managed to meet with one of the representatives of this tribe, who came out of the jungle in search of food. But are the Cacataibo natives real cannibals of the Amazonian selva?

The eternal dispute of the Indians among themselves

The Cacataibo people live mainly in the Peruvian departments of Ucayali and Huanuco, near the basins of the Aguaytia, San Alejandro and Sungaraku rivers. According to the results of the 2017 census, the number of representatives of this ethnic group in this region was 1,164 people (the total number is estimated at about 7,000 people). Traditionally, Cacataibos are divided into ancestral clans named after animals or plants. Historically, each clan lived in a large communal house. 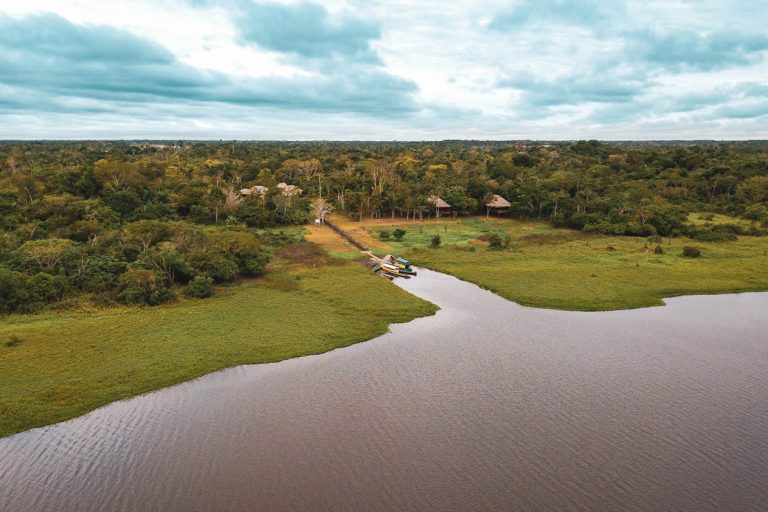 Lake Cashibococha, on the banks of which «Uni Rao» Ecolodge is located.

For many years Cacataibo clashed with another local tribe – Shipibo-Conibo. One of the main reasons for these conflicts was the desire to get the tools of metal, once brought to the Amazon by European missionaries. Perhaps it was because of such a bad relationship that Shipibo-Conibo dubbed their rivals «Cashibo», which means «People of Vampire Bats». Many Cacataibos find such a nickname offensive. Their self-name sounds more solid – «Uni», which can be translated as «true men». By the way, although our «Uni Rao» Ecolodge has a similar word in its name, it is taken from the Shipibo language, in which it means «Ayahuasca» (or «Knowledge»). 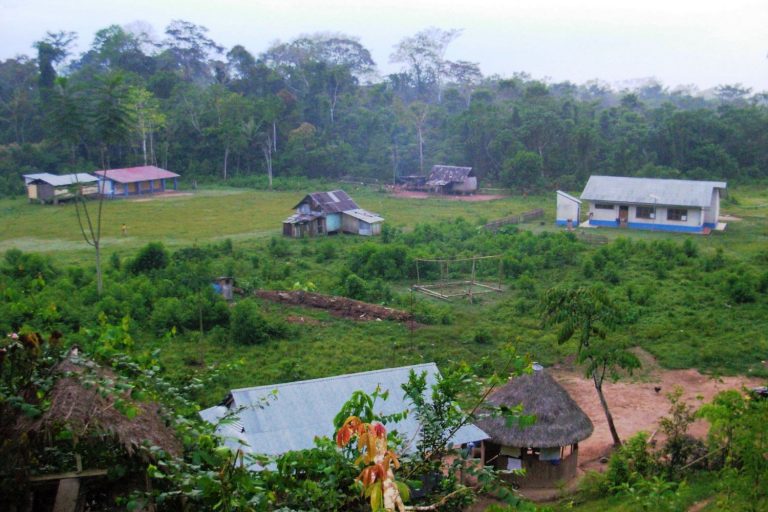 Typical village of the Cacataibo tribe.

But get back to our unexpected meeting. Asking directly whether Cacataibo is still practicing cannibalism was not entirely convenient. Therefore, we decided to ask a representative of this tribe a question about their beliefs and knowledge associated with the world of plant spirits (or souls). As it turned out, according to the belief of the Cashibo ancestors, the sun god named Bari created the first man, passing on to him a number of knowledge related to the «right people». When humans scattered across the earth, they began to lose some of their important knowledge. This led to «bad» or «false» behavior of people not living within the settlements of the Cacataibo tribe – its representatives were almost the only ones who knew how to listen to their ancestors, passing on this knowledge through many generations. The Cacataibo Indians, like the Shipibo-Conibo, gained knowledge of special medical songs that have various uses. For example, with their help, you can make one person fall in love with another, attract animals or avoid meeting snakes, cope with some ailment, etc. 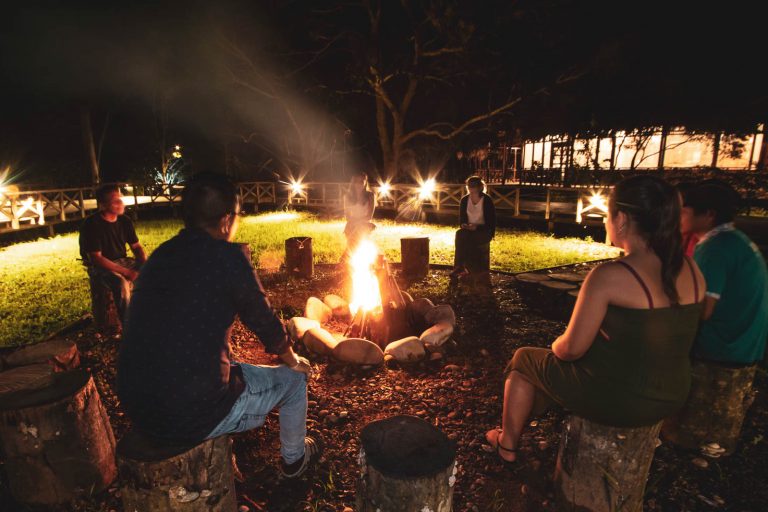 Guests of «Uni Rao» Ecolodge can join the mysterious knowledge of the Amazon tribes in a comfortable and safe environment in the middle of a real selva.

It`s interesting, that in the traditional worldview of this tribe, the soul of a person is called the eye spirit, since the soul is in the pupil of the eye. The main function of the soul is to protect its owner, teach him, help him and give him good dreams. When a person dies, Cacataibos perform traditional ancestral rituals, during which they pray the soul to leave the body and give it a bow and arrow, as well as matches, money, food and drinks.

As for the rituals of cannibalism, our interlocutor pretended not to hear the question about them. True, after a while, he nevertheless admitted that his grandfather, who lives in the Campo Verde area (a settlement 30 km from the city of Pucallpa), had teeth that were sharpened into a point, like crocodile`s ones, and then added that human meat grandfather has not eaten for 50 years… We can only guess whether rituals of cannibalism actually existed or whether these are the consequences of a long war between Cacataibos and Shipibos, in which the latter more than once tried to turn all the people against this tribe.

Are the Indigenous cannibals so dangerous?

The Cacataibo language belongs to the Pano language family. Panoan languages are spoken not only in Peru, but also in western Brazil and northern Bolivia. Pano is a branch of the larger Pano-Takan superfamily of South American Indian languages. Pano Takana covers part of the territory of Peru, Brazil, Bolivia and Paraguay and includes at least 33 languages. 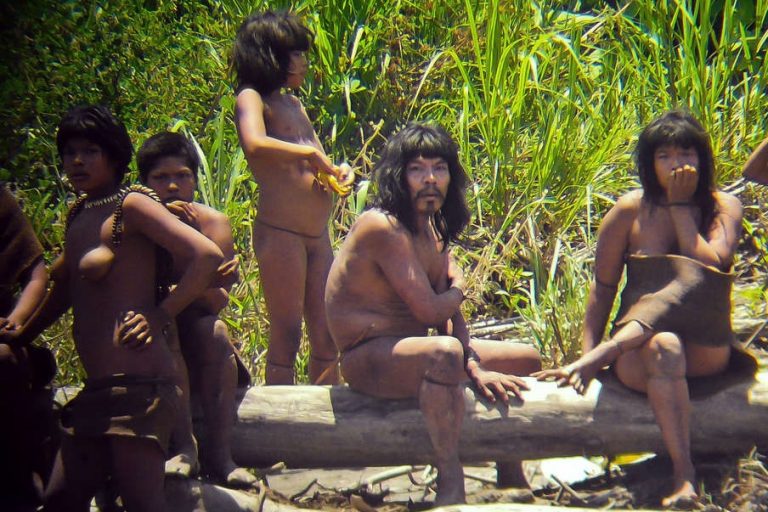 The Cacataibo are among the so-called Uncontacted Indians who try not to maintain contact with the outside world and modern civilization. At present, there are very few such peoples left. There are about 20 of them in Peru: Cacataibo, Isconahua, Matsigenka, Mashco-Piro, Mastanahua, Murunahua (or Chitonahua), Nanti Yora, etc. Historically, Cacataibos, like other archaic peoples, most likely practiced cannibalism only for ritual purposes. Nowadays, their daily diet is pretty harmless. These are turtle eggs, berries, nuts, roots and other plant foods, as well as insect larvae, fish and meat of local wild animals (tapirs, deer, wild pigs peccaries and monkeys). 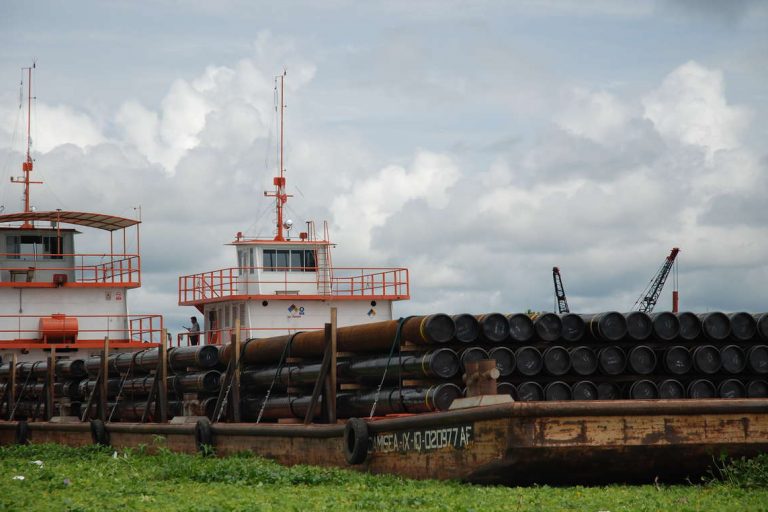 The activities of oil and gas companies threaten the traditional way of life of the South America natives.

Moreover, modern people pose a much greater danger to the Uncontacted peoples than vice versa. The traditional way of life of Cacataibo and other Amazonian tribes is greatly damaged by the activities of oil and gas companies (such as Shell or Mobil), to which the Peruvian authorities lease huge areas of the Amazonian selva. So, in August 2017, the government gave the Canadian company Petrolifera for an oil and gas concession a remote area of the Amazon – Block 107, part of which is the ancestral territory of Cacataibos. In some cases, the managers of oil and gas concerns voluntarily restricts their own activities to preserve «the last of the Mohicans».

The real cannibals of South America

Another dangerous enemy of the Uncontacted Indians is illegal loggers hunting for a valuable species of local wood – mahogany, which is also called «red gold». So, in 1996, they invaded the lands of the Murunahua tribe, which led to the death of about half of its representatives (due to infections brought in from the outside – colds, flu and respiratory diseases). Under the onslaught of illegal loggers, some of the Uncontacted peoples even moved from Peru to neighboring Brazil. 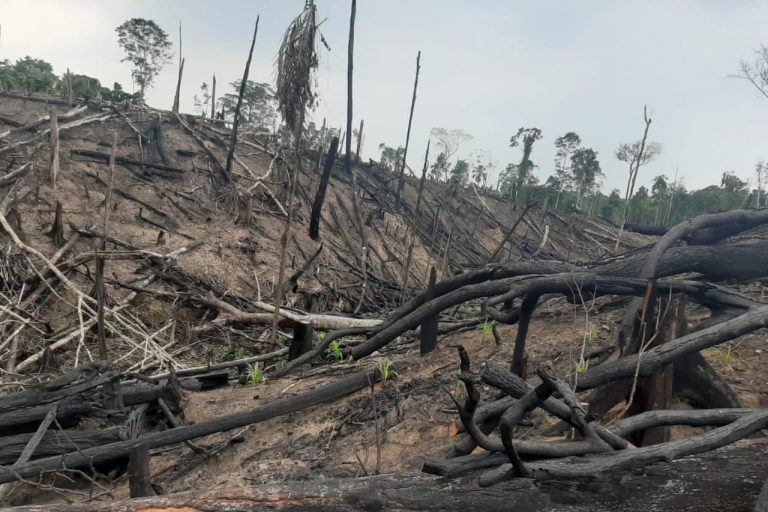 Illegal loggers leave behind them a desert in the place of Amazonian jungle.

According to the IBC (a civic organization for the support of village communities), in the Santa Marta area, where Сaсataibos live, about 118 hectares of forest were deforestated in 2016. Data obtained from a research satellite at the University of Maryland (USA) indicate that 200 hectares of Amazonian forests were cleared in January-October 2020. And some local activists from the Сaсataibo communities believe that this figure reaches 600 hectares.

But that’s not all. Real cannibals, because of whom representatives of the Uncontacted peoples die, are not only illegal loggers. The felling sites are used for sowing coca (including by representatives of the Colombian drug mafia). According to official statistics, the Peruvian authorities annually destroy at least 25,000 hectares of coca plantations. Moreover, in recent years, their area has been constantly growing. A particularly large number of colonists involved in the cultivation of raw materials and the supply of cocaine have appeared in the Amazonian selva in connection with the coronavirus pandemic. Due to strict lockdowns, many people in South America have lost their legal sources of income and turned to criminal pursuits. In July-September 2020 alone, the Peruvian police destroyed about 40 airstrips used for air traffic of drugs. 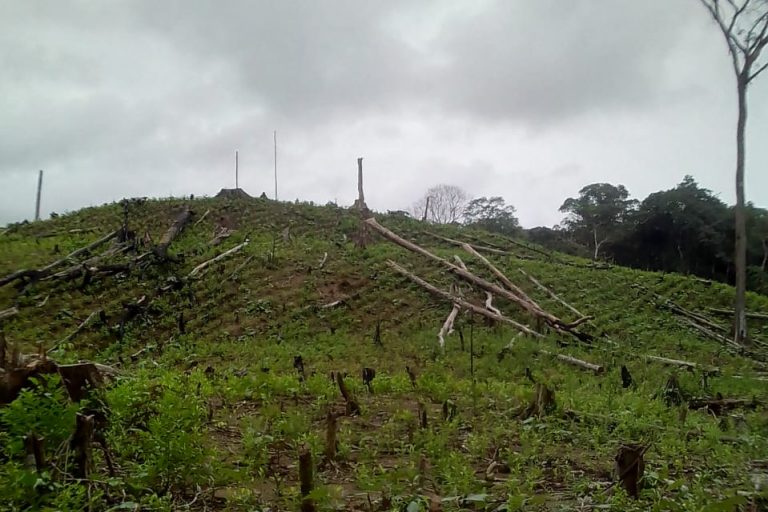 Despite the activity of the Peruvian authorities, the space of coca plantations on the places of forest felling is constantly growing.

The natives cannot withstand this pressure with anything serious – they usually just put crossed spears on the paths as a sign of the prohibition of passage to their territory. And, of course, if the natives catch an aggressive oil worker, lumberjack or drug dealer on their land, the ancient customs of their ancestors can be used, at least as revenge: there are cases of threats and murders of Kakataibo aborigines by representatives of the drug mafia. 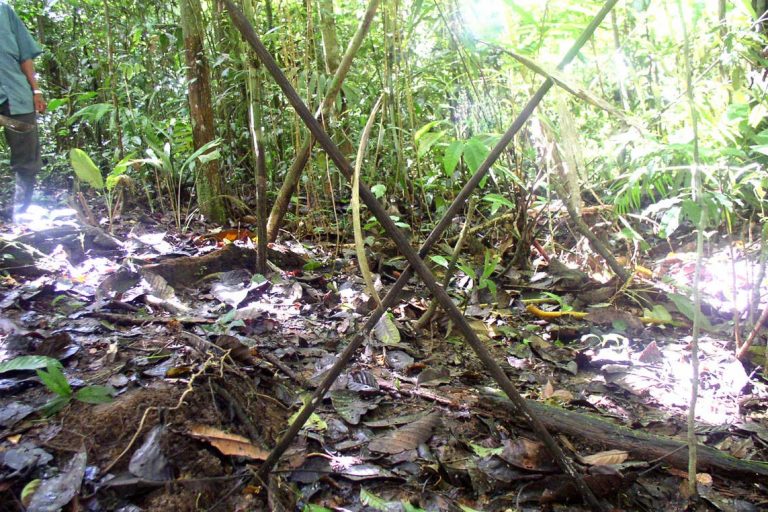 Crossed spears on the paths are a sign of the prohibition of passage to the Uncontacted Indians` territory.

Our «Uni Rao» Ecolodge, for its part, takes all feasible actions. We give the opportunity to guests from different countries to join the traditional way of the Indians of the Amazonian selva. Also our eco-hotel employs for good payment local residents and provides orders for organic products from local farmers. In a visual form, we introduce our guests to the wild nature of the Amazonian jungle and the traditions of the Indigenous peoples, showing the importance of preserving the natural and cultural heritage of the Amazonia for all mankind. 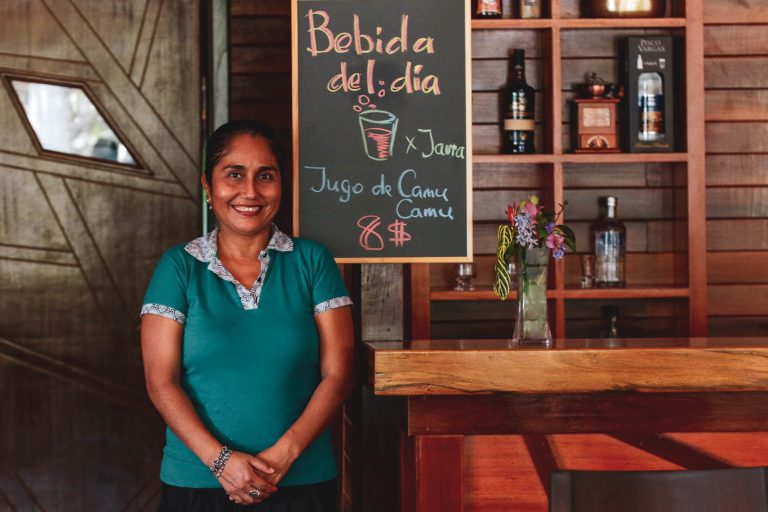 The activities of «Uni Rao» Ecolodge also have a social effect: we provide jobs for local residents.

Also you can read about one of our employees – Pacai Reategi Teddy, who was born in one of the villages near Pucallpa.