«Our world is one of medicine, and it is alive, natural…»

Amazonian shamanism is a popular theme in modern world: only the lazy has never heard of it. However, from those who have heard, not everyone really understands what it is. You can start «working» as a curandero (healer) at any age, and if a person grew up in a shamanic family and adhered to special diets from birth, then he (or she) can become a shaman by the age of 20. There are many women among the professional curanderos: Norman Panduro from Iquitos (now deceased), Manuela Mauva, Lisa Vargas, Celestina Vela from Pucallpa… It was this continuer of the ancient traditions of Amazonian «Plant medicine» – Maestra Celestina (Sp. Maestra Shipibo Celestina Vela Hidalgo) who described for «UNI RAO» Ecolodge the peculiarities of her life way. 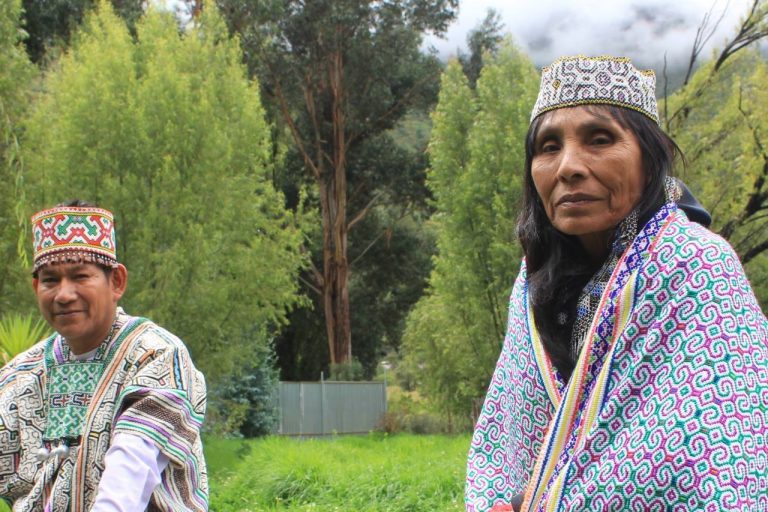 Of course, no one guaranteed me that it would be easy. But I went to a meeting with Maestra Celestina (from the Lat. Caelestine – «Heavenly»), absolutely confident of success. Some time ago, we sometimes talked and, it seems, were almost friends. The Maestra calmly left the habitual image of a shamaness, changing intonations and gestures to behavior that was closer to a common person. This time I was not so lucky. As it turned out, the last thing in the world Celestine wanted to talk about her education and becoming on the way of «Plant medicine»: – What are the questions like these? Family, dad, mom, diets, education, everyone is happy… I can’t stand it all!

Well, in this we coincided: I, too, least of all in the world would like our conversation to turn out just like that. Therefore, accepting all the challenges that the Maestra initially demonstrated to me with her behavior, intonations and gestures, I slowly began to ask her about her childhood. I myself have been in the Amazonian tradition for too long to be overtaken so easy and allow to make an energy gap in myself and surrender. In the end, the dialogue took place, and everything turned out to be not so terrible. Rather, it was terribly interesting. 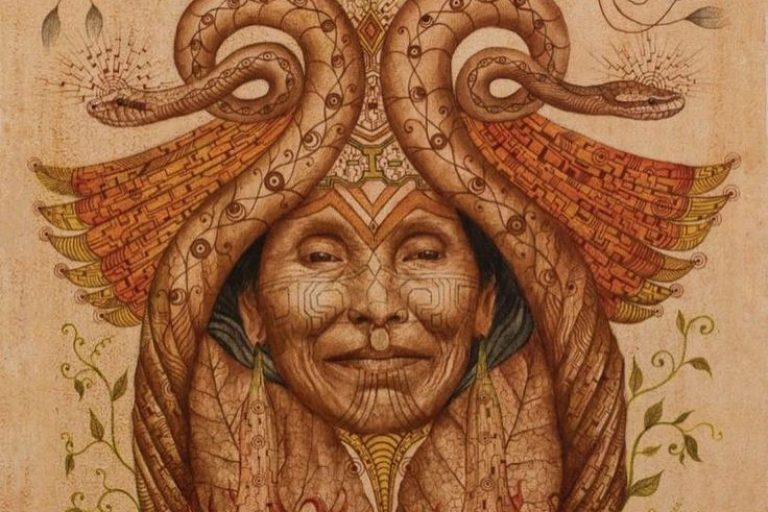 The Maestra sat on the edge of the porch of her maloca (a traditional hut where healing ceremonies are held) and with all her appearance showed her readiness for a sincere conversation.

«UNI RAO»: – Let’s start with this question: who did you make wishing to study «plant medicine»?

Maestra Celestina: – Made wishing? Nobody! I took everything myself! As you know, my father Melquiades Vela was a big healer. And not only him, although my mother did not participate in the ceremonies, she knew each plant very well: for which ailment which one to use. And all my uncles and grandfathers were shamans, then we lived like that.

The Maestra thought for a while, looked away, and I noticed that something very important appeared in her mind…

– Bueno (Sp. for Well). I was 8 years old when my uncle (my father’s brother) finished his long diet and came to our village. All the older relatives in our family, talking with each other, said that he had become myraya (the highest degree of spiritual development in Amazonian shamanism), and now, during the ceremony, the chaikuni (humanoid beings from other worlds) come to him, and he dissolves into space going with them to their worlds. These conversations touched my heart so much that I decided to see it at all costs. And when my father went to the ceremony again, I followed him. He kicked out for a long time, but still I persuaded him, saying that I would quietly sit behind him. 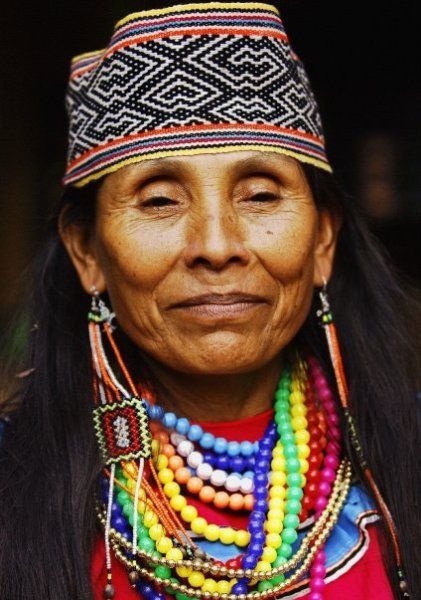 – So you had a chance to see the chaikuni?

She took out her pipe, filled it with tobacco and lit it.

– The ceremony began, and after a while everyone started singing each own icaro (a magic song performed in the ceremony). I waited, hiding behind my father’s back, my childish interest knew no bounds. At some point, my grandfather said: – Hey, baby! Get out, there are only adults here. You are disturbing us! – How did he know? – I thought. After all, I sat like a mouse.

There was nothing to do, I took the sheet and got out of the maloca, but did not go home and sat down next to the mosquito net. Previously, we did not build malocas like modern ones, but usually we only made a large round roof, and each shaman had his own huge mosquito net, inside which ceremonies were carried out.

– At 8 years old, alone on the street, among the jungle and heaps of mosquitoes and all kinds of biting animals?

– Yes, I sat down on a tree stump nearby, wrapped in a sheet, which I managed to pull off when I left. I was curious, so mosquitoes were the least interested in me at that moment. I constantly looked under the edge of the mosquito net and at some point I saw three pairs of human legs in very beautiful shoes (we had never worn shoes before). A bright light emanated from them, and everything around began to sparkle in different colors.

At that moment, a wave of goose bumps ran through my body and was evaporated, I could not understand: the Maestra was telling the truth or simply wanted to interest me more.

– Since then, I have not missed a single ceremony. Of course, they tried to kick me out every time, but my stubbornness took its toll, and gradually they began to allow me to quietly sit behind my father’s back. 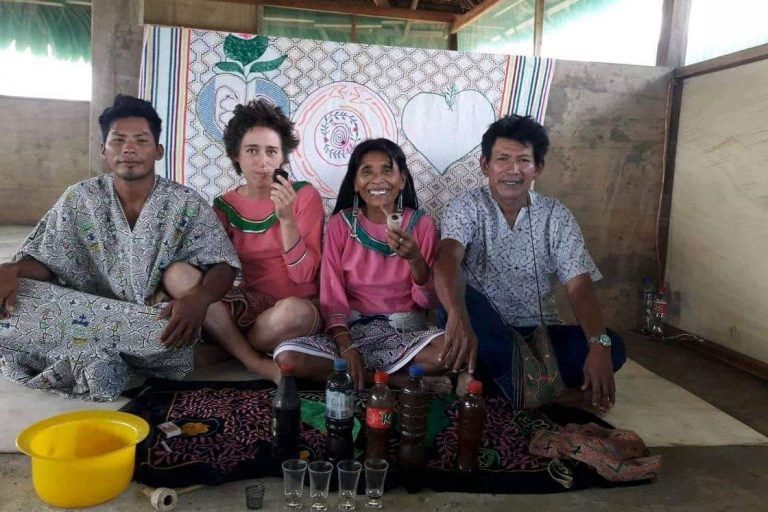 – So, from this time you started your studies?

– No, I was given the first diet only when I was 14 or 15 years old (I don’t really remember): this was the way it was in our family. That is, almost 50 years have passed since that moment.

The shamaness plunged into her memories and became a little sad, so I decided to move on to other topics.

– You started talking about diet. How are studies and diet related?

– We learn through diet. This is not how you are used to not eating certain foods in order to lose weight. The Maestro opens the world of the Plant for his apprentice, and the Plant begins to teach him. But in order to be able to hear what they teach you, you need to be isolated, not talk to anyone, eat only dry fish and a small plane tree (a type of banana that tastes like potatoes), do not eat pork, do not drink alcohol and stop any sexual activity… Diet is the space of the Plant, not the space of human «dirt».

– That is, you can open a diet to any person, it is not necessary that your parents were shamans, the main thing is to follow the rules?

– Not really, the most important thing is that the Plant should want to teach you (Sp.: importante que Planta te quiere). Whether you have shamans in your family or not, it does not matter. If the spirits of the plant «want» you and you do everything right, you can become a healer-curandero. 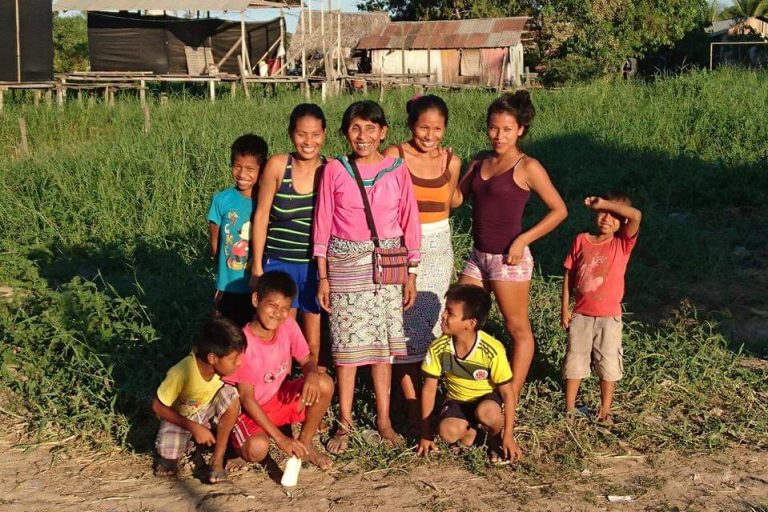 – I have six children, and only two of them wanted to study. The path of «Plant medicine» is not for everyone: it is very difficult, and sometimes even cruel in the perception of an ordinary person. After all, we deny ourselves many joys in life, ranging from all sorts of goodies and ending with family happiness.

– Excuse me, Maestra, but what does it mean – family happiness?

– Very often our spouses and our children live ordinary lives, and we live a different life. In our world, we save people from diseases through communication with Plant spirits. There are also those who use other parts of Plants to learn brujeria (Sp. for black magic). And sometimes the harm that we remove is transferred to our loved ones, since we ourselves are under protection – we are not afraid of anything, but relatives, if they do not follow diets, can «fly in». I lost one of my children like that.

And then the Maestra said that she wanted to sing icaro. Taking advantage of the moment, I asked to record her song on video…

– Maestra, tell me, are you happy?

– Yes, I am very happy, I have a big family, many grandchildren. I have my medicine and its real world, and I know that I have helped many people, and I will do it as long as I live.

– The real world? That is, the world around is not real?

– Our world is one of medicine, and it is alive, natural. And this world around – it is not ours, it is wrong, with distorted drawing.

At this point in our conversation, a patient came to the Maestra, and we had to end up.