Dear friends, we have another happy news! We have already written that a pair of Indian peacocks lives in our Ecolodge «UNI RAO» since January 2020. Recently, they began to breed, and our territory is now even more like a paradise. The thing is, the male peacock has a blue-white mosaic color due to the rare genetic condition called «Harlequin». Perhaps that’s why half of his offspring is… white. 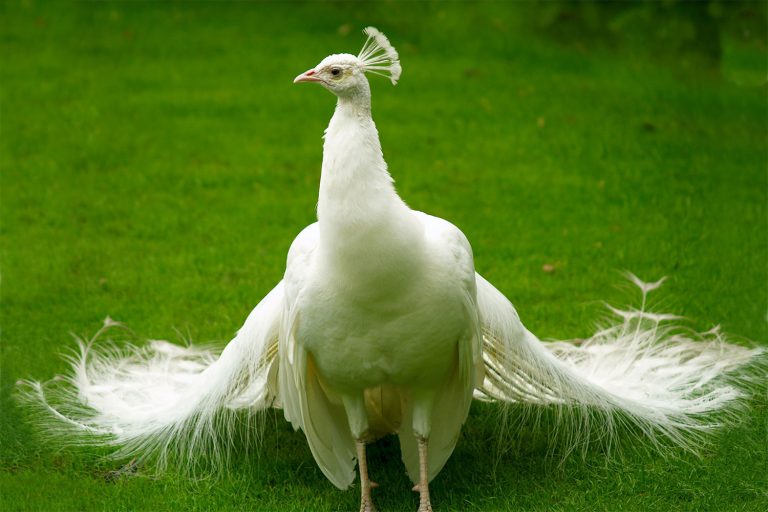 When male peacocks unwrap their rainbow tails, it always makes a huge impression. But there are birds among them that don’t need color to make a grand scene of themselves. The color of white peacock plumage is most often caused by a genetic condition called «leucism»: in this case the pigment is not deposited in feathers. Color is virtually absent but in the same time the feathers dazzle the surrounding people with their brightness and whiteness – how is it possible? 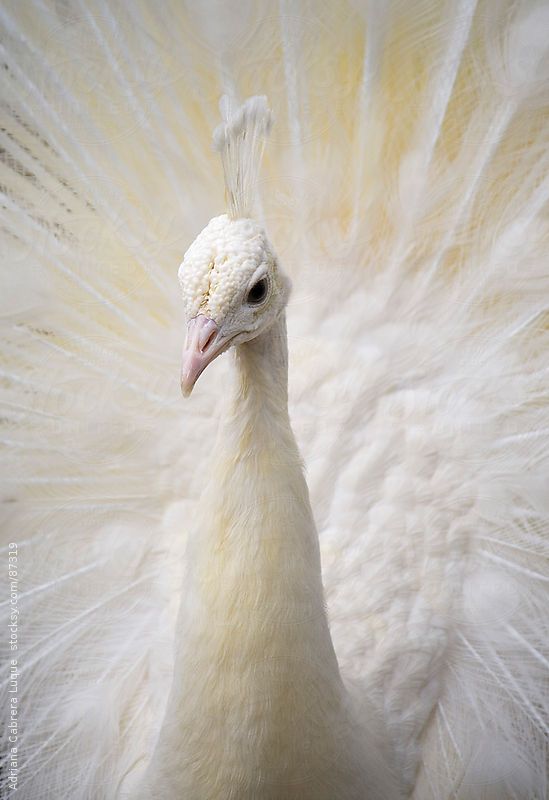 It is believed that leucistic birds and animals, as well as albinos, can be weak and have a mild character, but that doesn’t seem to apply to white peacocks Alba. They are as energetic as their colorful relatives. As a rule, they are able to fight and ready to peck and kick those who try to approach them. But even bad temper can be forgiven for their extraordinary beauty.

But young peacocks aren’t so beautiful. A large fan-shaped tail, also known as train, is not formed immediately. At first, male chicks look like females. Their real tail is small and grows to just 40-50 cm long. The peacock’s train consists of elongated upper tail coverts marked with eyespots. This super tail grows to maximum size (over 1.5 meters long) during two or three years. In the same time its bearer reaches sexual maturity. In fact, that super tail is used for mating dances. 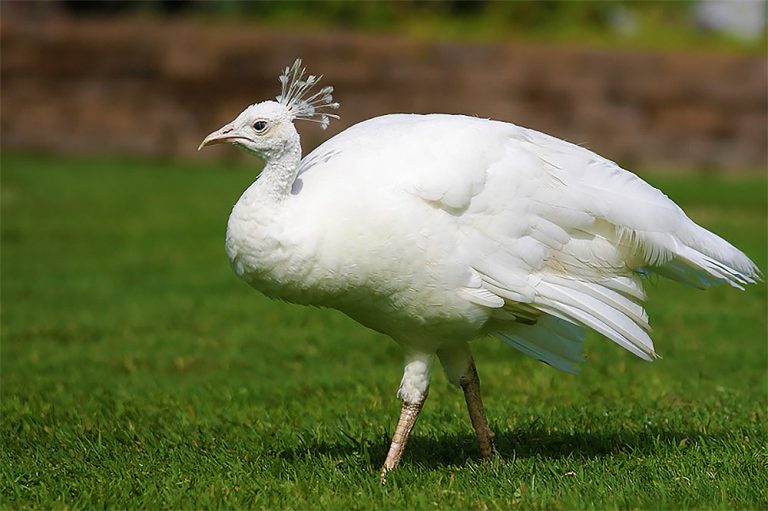 It’s a pleasure to watch the peacocks at this time, especially when the sun shines bright. Beneath its direct rays, the sprained tails of white birds look incredibly spectacular. They literally sparkle. Not long ago, scientists at Fudan University in Shanghai proved that peacock feathers contain tiny crystals made of melanin and keratin. There are nanostructures of the barbules that split the light into different colors. They work like kaleidoscope. While male blue peacock feathers have iridescent metallic blue, green, bronze and gold, the plumage of peacocks Alba shines like diamonds. During the mating dances, the males use the tails very actively, displaying them with characteristic loud sound. It is a truly unforgettable performance!

White peacocks are polygamous, as are blue peacocks. Each male has a small harem of three to five females. The mating activity lasts from April to September. Female makes clutch with 10 eggs. In captivity these birds can make three clutches per year. The incubation period for eggs is 28 days. So far, we’ve only got one pair of adult peacocks, but it’s already clear that there will soon be a lot of these luxury birds in the Eco-Lodge area. At least that’s what we’re hoping. 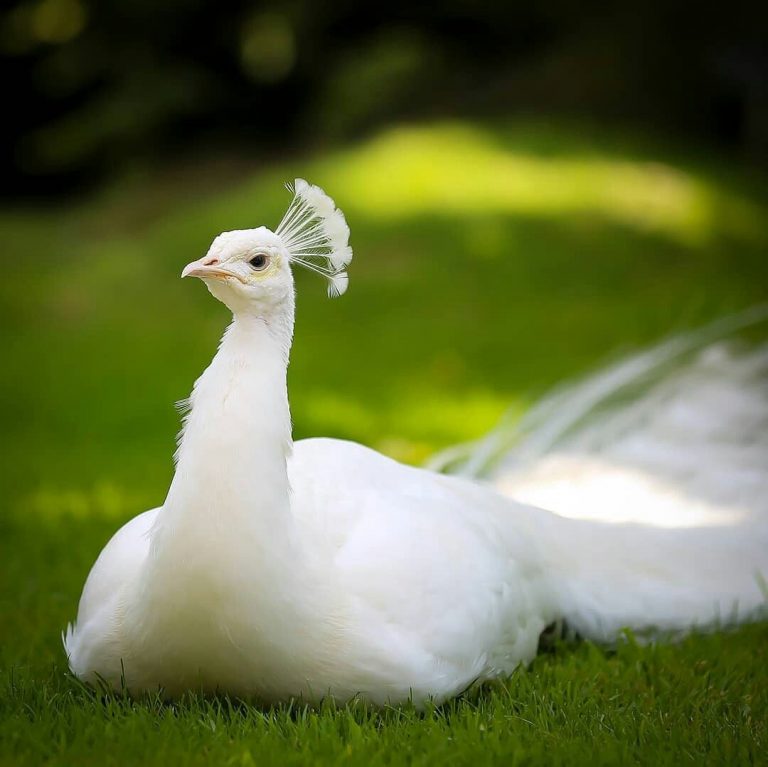 Peacocks Alba are as noisy and angry as the usual blue type. However, they always cause a particular thrill. The sight of a white peacock usually delights. People used to think of them as exceptional, rare and fragile.

Actually, it is true that white peacocks are not very common in the wild. To be more precise, they are born with normal frequency but do not live long: bright white feathers make them targets for predators. But in a safe environment in protected natural areas (such as our Eco-Lodge) these birds can live for up to 50 years.

We invite you to take a look at these unique birds in an almost natural habitat, to admire their luxurious plumage and to watch the babies grow. And they will be happy to receive their share of admiration from the guests: after all, the peacocks’ vanity stays the same no matter the feathers’ color!